The distinguished looking gentleman sporting a long white beard and carrying a bell in his upraised right hand is a local character called Peter Skews. 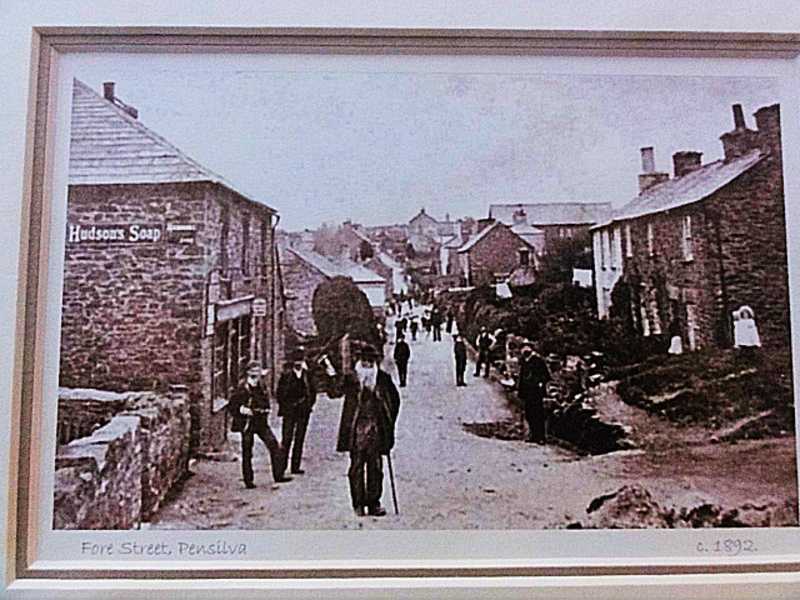 The photograph was taken in 1892 looking west along the length of Fore Street in Pensilva. The census of 1881 shows him as a 'Blind Pauper' who was born in Chacewater and was 50 years old. This would make him 61 when the photograph was taken. He was married to Elizabeth (nee Gregory) of Altarnun and was living in a cottage at Browning's Row with Eizabeth and six of his children. Peter was blinded in a mining explosion when in his early 30's and if you click on the photograph to enlarge it and look closely you can see he is wearing dark glasses. He became the Village Crier and would earn money by announcing news and forthcoming events around Pensilva. Peter's nephew would escort him around the village although in another photograph of him in George Bishop's wonderful book "A Parish Album of St Ive" Peter can be seen walking down Shute Lane on his own. The photograph is dated 1910 which would make him nearly 80.

If anyone knows where Browning's Row is (or was) please contact us.