The following article has been written and researched by Sandra Pearson, Secretary of the Pensilva History Group:-

Here is a flavour of how Pensilva and St Ive celebrated the Diamond Jubilee of Queen Victoria on 22nd June 1897. 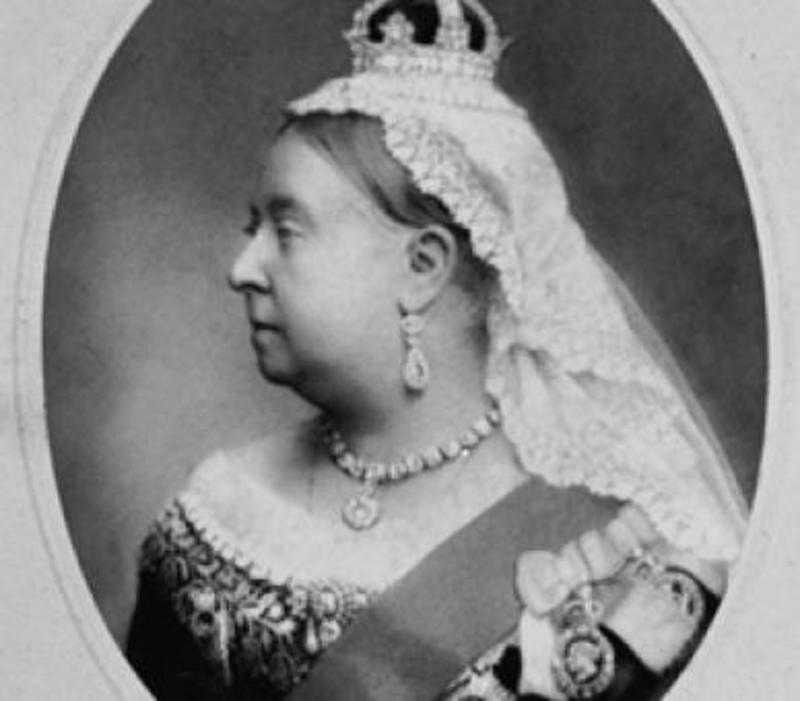 Transcription from the Cornish Times of June 26th 1897:

St Ive celebrations took the form of a free tea to which the school children (who had theirs first) about 800 sat down in a large field lent by Mr A G Bennett. A cricket match between several teams followed. In a tug of war between 11 from St Ive and Pensilva, the latter was defeated after a long hard pull. Much amusement was caused by a race for women for a money prize in which Mrs Wadge came in first and Mrs Bone a good second. Other sports took place and a steam roundabout was much patronised. Pensilva Brass Band played a selection of music during the evening and dancing was indulged in. The weather was everything that could be desired and the whole affair was an unequalled success thanks to the energetic committee consisting of Rev C J Coar, Messrs A Elliot, H May, H Carpenter, J Hornabrook, W D Harris, R Stephens, Wm and John Mutton. Thanks also to Mrs and Misses Coar and many other ladies, who kindly assisted at the tea. At church on Sunday two full choral services were beautifully rendered by the surpliced choir and the Rector preached an appropriqate sermon. At the close of the service the large congregation joined heartily in singing the National Anthem. 40 bonfires were seen by those who ascended the church tower at about 11 o'clock.

Also from the same edition:

Congratulations from Phoenix Mine

On Tuesday the following telegram was sent to H.R.H. the Duke of Cornwall by Mr W Polkinghorne:

'William Polkinghorne chief lessee and shareholder of Phoenix Mine the record mine for wealth for tin and copper belonging to this ancient Duchy in Great Britain most humbly sends congratulations on this illustrious Diamond Jubilee.'

This morning the following reply was received:

'I am desired by the Prince of Wales to express his warm thanks for kind congratulations.'

I well recollect the Diamond Jubilee of the late Queen Victoria. Free tea and sports were held at St Ive in the afternoon and at night a huge bonfire was lit on Caradon Hill - one of a chain of fires throughout the country.