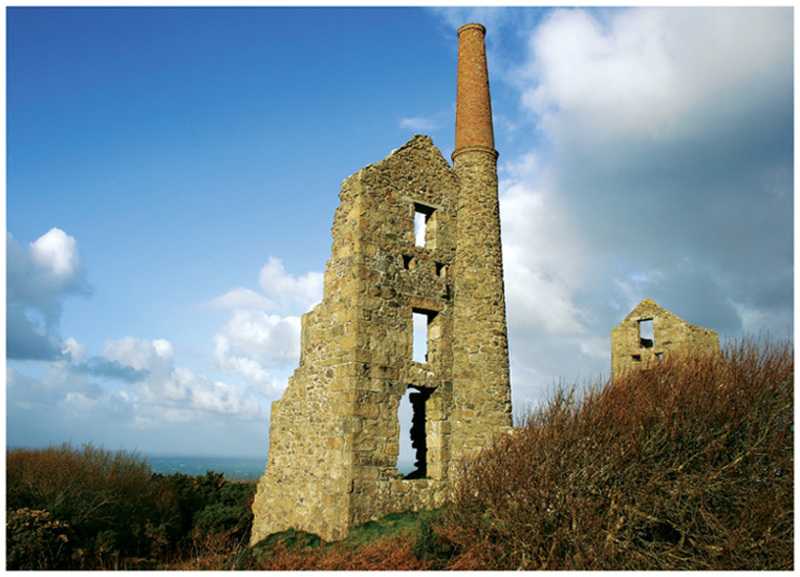 This mine lay astride the granite/killas junction to the east of Caradon Hill just north of Pensilva which at that time was called Bodminland. Glasgow Caradon's name was derived from the city in which many of its investors lived, a long way from the Cornish moors on which they had gambled their money.

Glasgow Caradon had started in 1860 with an initial investment of £30,000 which in 1863 had yet to be fully spent. William Taylor was brought in as the chief agent of the new company, he concentrated on a new part of the mine sett where he sank an additional shaft, later known as Dunlop's. This decision proved to be correct and the Scottish investors' faith was rewarded in January 1983 when the mine cut workable copper deposits. This caused the value of the mine to double and shares that were issued for £30,000 quickly became worth £150,000. Values of up to £35 per fathom were reported at depths below 40 fathoms and by the end of the year the mine was constructing a crusher to start processing ore. Production commenced in 1864, peaking at an annual output of almost 3000 tons in 1876. The mine was to close, along with many other mines in the area, in 1885 when South Caradon mine stopped its pumps causing Glasgow Caradon's working to flood.

The mine produced a total of 37,188 tons of copper and was worked to a depth of 110 fathoms. The mine sett can be seen today from the Upton Cross road near Tokenbury Corner. Grid Reference: SX283 702. (Acknowledgement: "The Liskeard Mining Area in 1863" by John Manley)