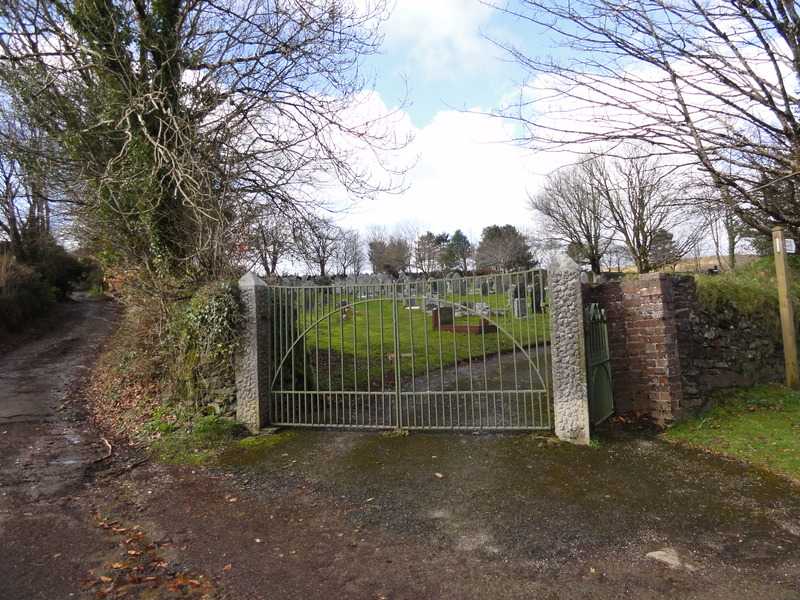 Pensilva almost 40 years ago - Going to the Cemetery.

Did you have a grandma who could tell wonderful stories? Mine could, and, when we went to the cemetery with flowers, she told me tales about her dead friends.

There was a routine to these visits. I was given the vase and filled it with water. We walked along the paths until we came to our family's graves. The flowers were for my grandfather, who lay under a sea of concrete and stones surrounded by granite kerbs and a large headstone. We placed the flowers at the foot of this, being careful not to move the glass-domed waxy wreath which was always there. Snakes were reputed to live under these Victorian mementoes of grief.

Details of my grandfather were written on the stone, and underneath was a large space. Grandma used to tell me this would be for her name when she lay beside grandad under the granite and concrete. I loved her very much, and hoped it would be a long time before this happened, but as she was old I feared it might be soon. In fact, Grandma was in her early fifties!

Then came story-time. Her friends had lovely names: Philippa, Harriet, Hannah, and my favourite, Mehetable. Beside Mehetable was the most interesting grave of all. It was a shiny mass of splendid red stone, and looked very important. Grandma had known the lady in it and seen her in her coffin. She owned a lot of beautiful jewellery, and was buried wearing it. Grandma said she was a mass of gold, silver and daimonds. She wore a tiara, and her hands, crossed on her breast, were covered with glittering rings.

I wondered she didn't suffer the fate of the Countess of Mount Edgcumbe, whose coffin was opened by the sexton so he could take her jewels. She sat up, and he disappeared never to be heard of again. She took his lantern and went home. I believe she had a son after this, who is an ancestor of the present Earl.